The fissure eruption at the Holuhraun lava field north of the Vatnajokull glacier stopped at 04:00 GMT on Friday.

The IMO said the eruption had started just after 00:00 GMT on Friday and lasted about four hours.

The fissure eruption took place between Dyngjujokull Glacier and the Askja caldera, according to a statement from the Department of Civil Protection. 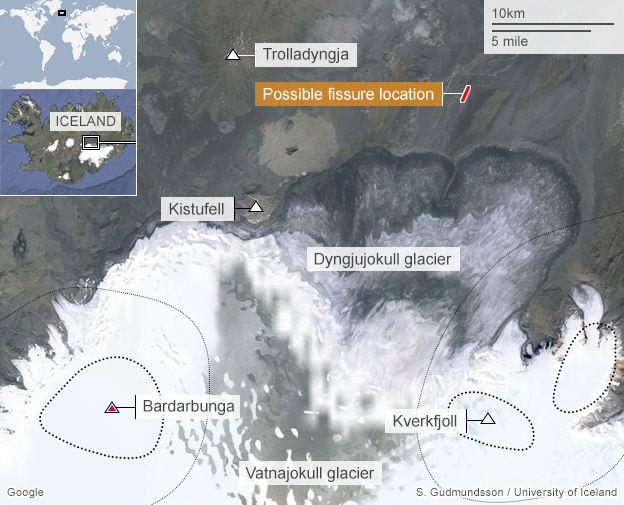 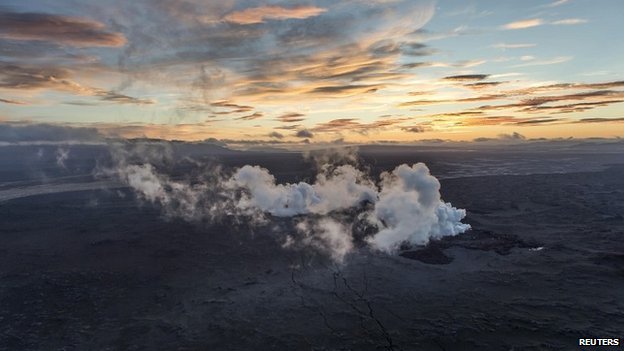 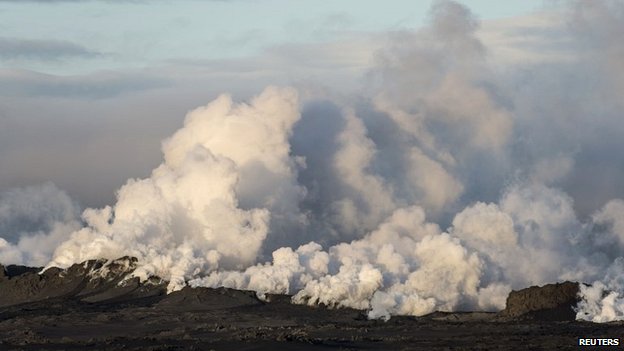 Earlier, Bjorn Oddsson, a geophysicist from Iceland’s Department of Civil Protection and Emergency Management, said the eruption had not affected air travel.

“It’s mostly effusive; there’s no ash in the air, and not even in the vicinity,” he said.

“So mostly lava is pouring out of the craters right now and the only flight restriction is over the area. All airports are open, and things are quite in control.”

BBC transport correspondent Richard Westcott says that even if a big cloud of volcanic ash were emitted, it would not cause the same level of disruption to flights that brought Europe to a halt in 2010.

He says new equipment that airliners and engine makers have been testing would allow planes to identity and fly around ash clouds.